This commission is for the re-use and extension of the modernist and recently listed former War Memorial Building in Belfast's Cathedral Quarter to create a bespoke hotel with associated conference and leisure facilities.

The building lies close to the historic core of Belfast, set amid the pattern of passageways which ran from High Street, formerly the quayside of the River Farset, to the surrounding densely packed areas of the city. The northern border of the site is formed by Sugarhouse Entry, named after the sugar refinery erected on the site in the late 17th century.
The original refinery was destroyed by fire in 1785 and was replaced by a new one by the Belfast Sugar House Company, which thrived until around 1810. It was during this period that the entry became home to a number of inns including 'Dr Franklin's' in which the Society of United Irishmen was incubated under the name of the 'Muddlers' Club'.
Following the demise of the sugar refinery, the Queen Anne hotel occupied the site, and with the presence of further hostelries the entry became progressively more raucous. All of this was lost during the Belfast Blitz, a massive bombing raid carried out by the German Luftwaffe in 1941, in which many parts of the city were obliterated.

The existing building was constructed between 1959 and 1961 to designs by J. Michael Bowley, an English architect practicing largely in Glasgow at that time, and was the winning entry in an architectural competition for the official permanent War Memorial Building in Northern Ireland. Although subject both to a number of revisions prior to construction, and the removal of some of the original detailing, the original modular, unembellished character of the Modern Movement is still evident.

Under this proposal, the external fabric of the listed building is restored, including the stone framework, brick and slate panelling and (distinctly Corbusian) copper clad water tower. New windows and screens are renewed in bronze and a new simple concrete canopy is constructed in line with modernist precedent, signalling the public entrance.

The new building is derived from the original, emphasising it's rhythm and proportion, but executed in grey brick with concrete expression of floor edge, creating a simple repeated pattern of voids. Where these voids light bedrooms, decorated bronze panels provide the requisite privacy. The use of brick piers as the expression of the vertical structure at once implies a subservience to the original building but also acknowledges the tradition of structural brick warehouses in Belfast, and references the spirit of the modern movement, handsomely retained in the existing building.

A new brick walled outdoor space completes the composition, and serves as a central garden courtyard providing access to the series of public spaces and rooms within the retained and new buildings. High quality surfaces reflect the rigour of the adjoining elevations, and a single mature tree provides colour.

It is intended that Sugarhouse Entry is re-established. 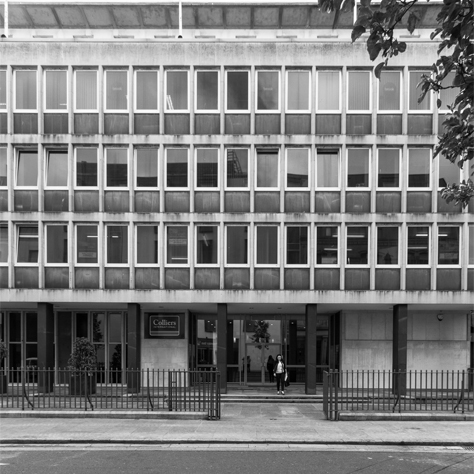 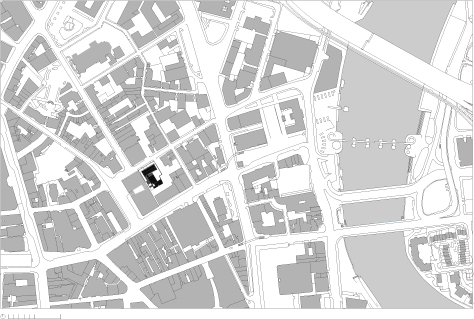 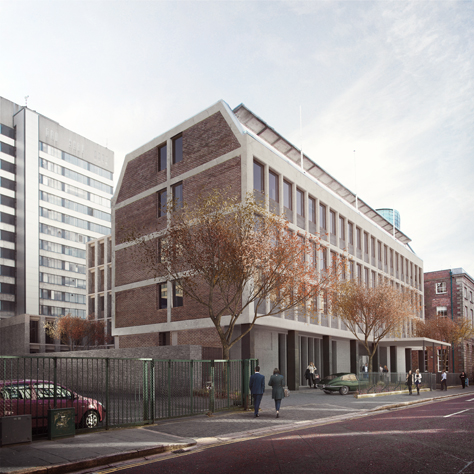 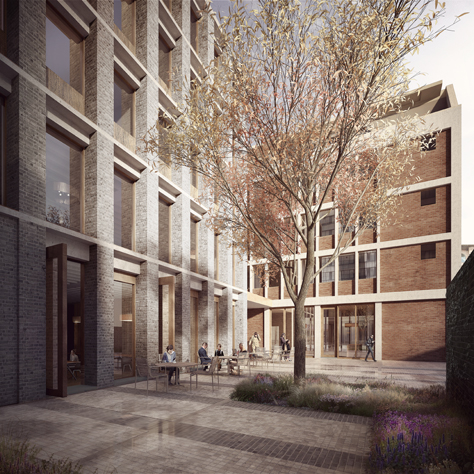 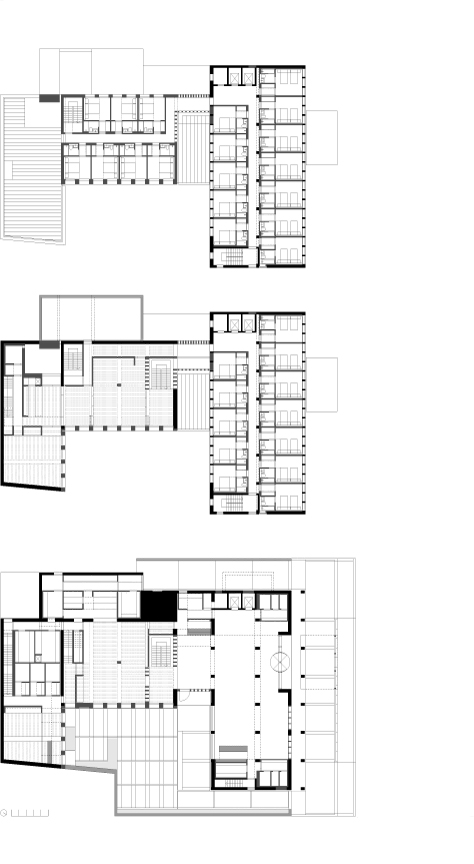 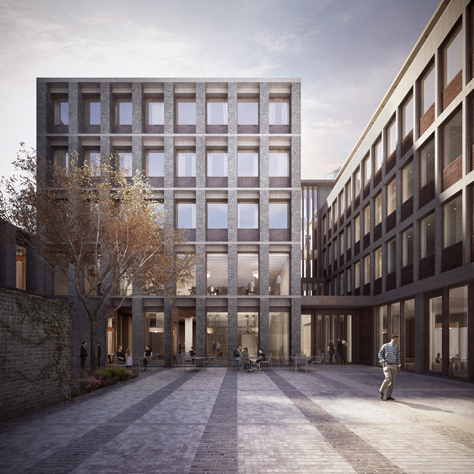 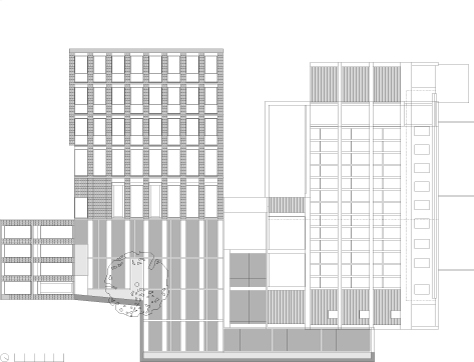