Maghera is a small settlement in County Down, situated around 3km north of Newcastle.
There is evidence within the settlement of a tradition and character pertaining to dwellings and their outbuildings, of simple pitched roof gabled forms, employing masonry walls of render or rubble stone, and roofs of slate or steel.
The best of these examples are located such that their gables address the road.

The proposal is conceived as contributing to the context and setting of the village, by its representation as a collection of traditional forms, casually placed and derived from the positioning and spatial geometry of the structures of the village.

Two pitched roof elements complete the assembly generated by an adjoining building, which is organised as a series of gables addressing the road, and continuing the story of the built form arrangements in the village. The gables step in plan to accentuate the movement and change of direction of the road, and to reveal glimpses of the landscape beyond. The linking element is casual in its form, reflecting the local nature of sporadic and efficient rural construction techniques.

The resultant roof pitch of the linking element imposes itself on the smaller element, creating asymmetry and therefore casualness in its gabled form and developing the idea of the roof as a folding plane. Gables are intentionally solid and without first floor openings, suggesting the local masonry barns and respecting the character of the setting of the village from the south.

The assembly sits on an embedded plinth addressing the nature of the adjoining ground levels. 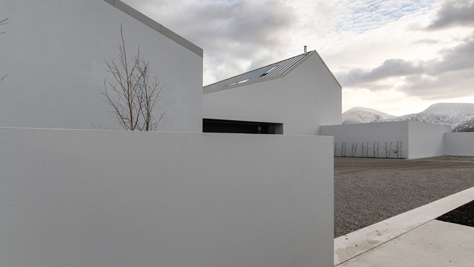 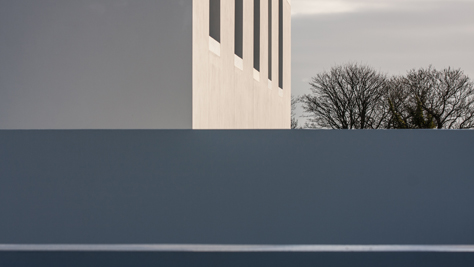 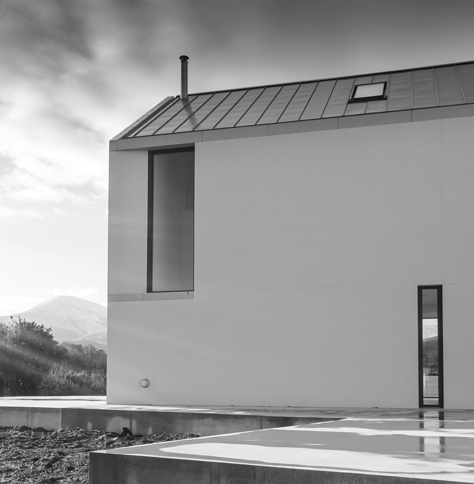 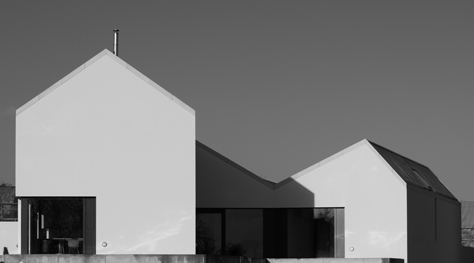 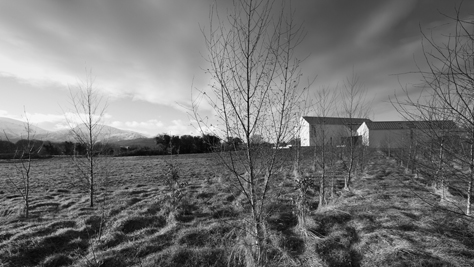 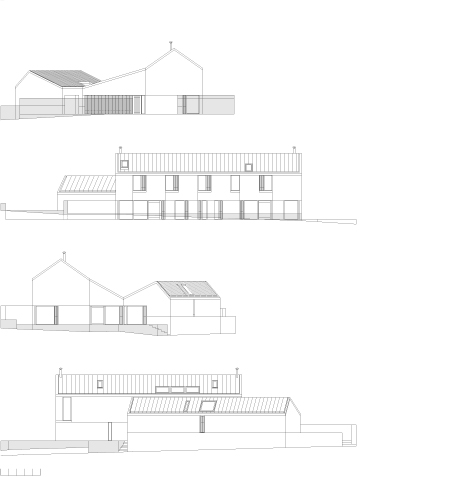 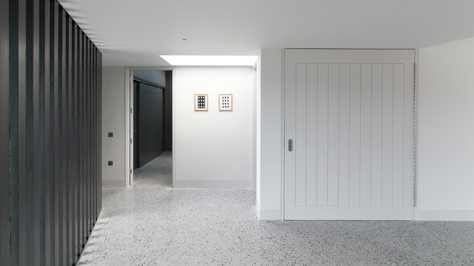 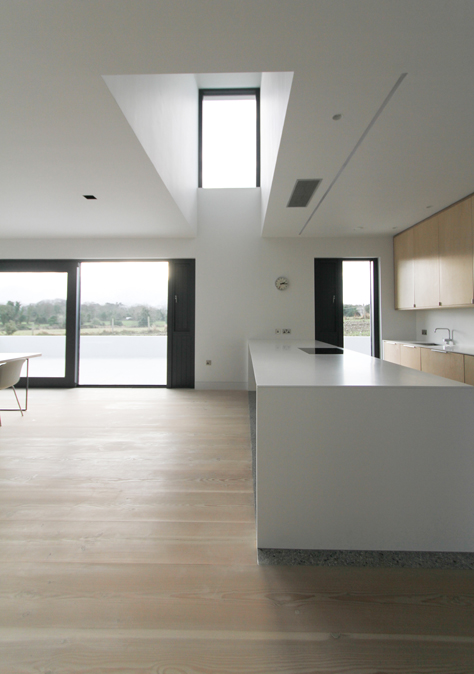 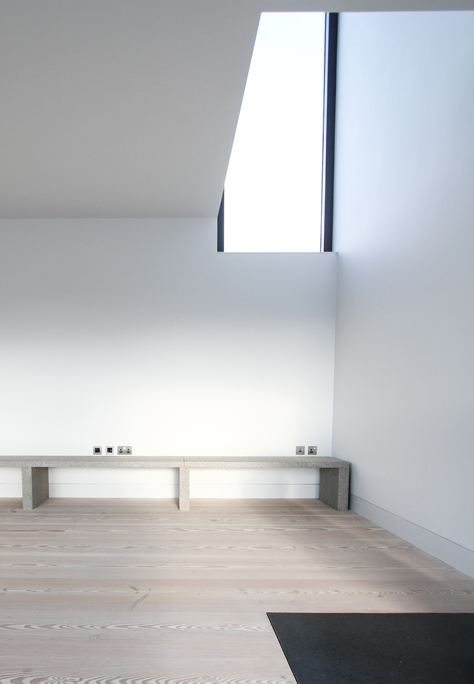 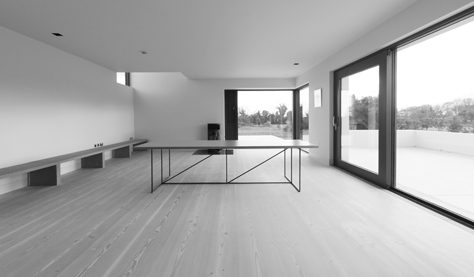 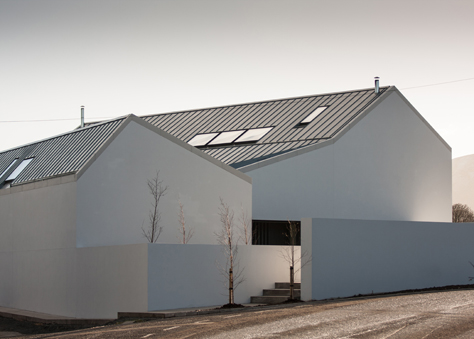 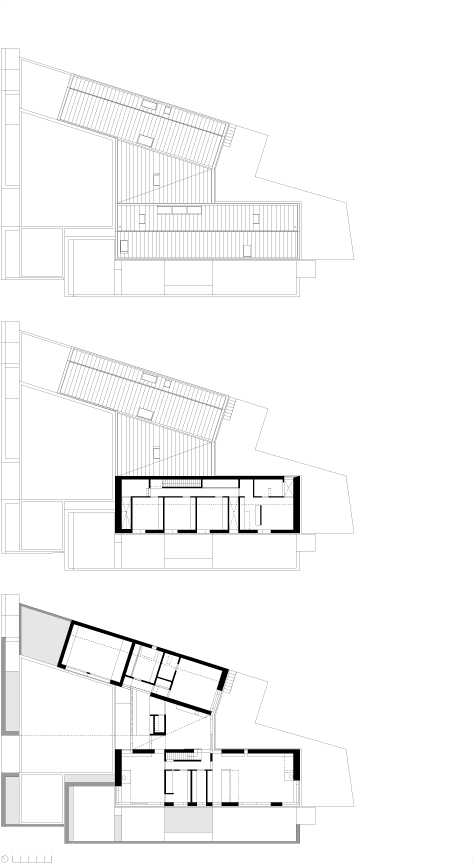 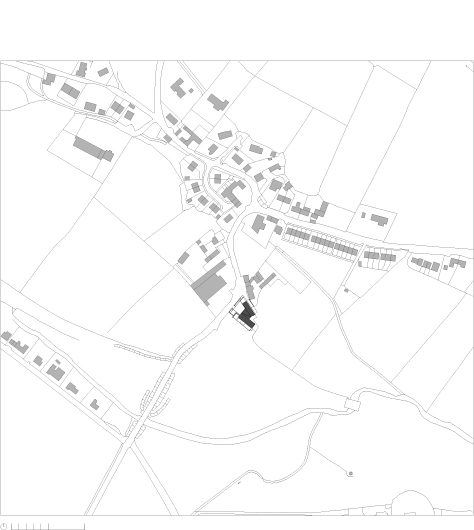