Tedfords Ship Chandlers, Sail & Tentmakers, was started by James Tedford in Donaghadee, moving to Donegal Quay in Belfast during the 1850's. Tedford expanded into ship-owning; his ships travelling to South America and the Caribbean.

The warehouse adjacent to the shop was an earlier building, reputed to have been built between 1760 and 1790, and is where ships sails were made. Gable fronted and of plain stucco, it has a projecting roof over hoist doors at first and second floor level which until recently bore a painted ship's figurehead, said to have belonged to one of Tedford's brigantines. Both shop and sail loft once stood adjacent to the dockside.

The building's interior is uncompromising. Original massive single piece timber beams span between brick walls supporting thick timber floorboards, marked and patched over time. Openings in the external walls and roof are functional for access and ventilation, and only sometimes for light.

We have been commissioned to restore and reuse the Sail Loft Building as a new restaurant for Belfast chef Niall McKenna.

A linear insertion aligned with the existing entrance provides for circulation, washrooms and support spaces, and is expressed as a constructed timber object within the building, it's rhythms and proportions in harmony with the robust materiality of the existing loft. The remaining spaces are open and used as dining rooms and open kitchens, with most of the existing surfaces preserved. Existing window and roof openings are reused, and new roof windows and a new floor opening bring illumination deep into the atmospheric interior.

Externally, the quayside gable elevation remains largely intact, with a single increased window opening and retained hoist doors which open during restaurant service to reveal the new use inside. 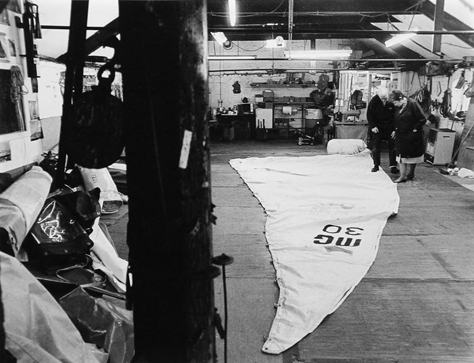 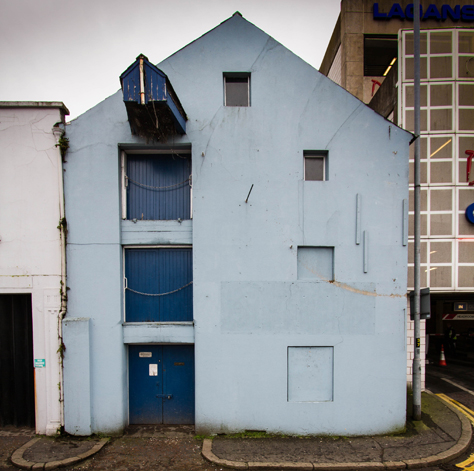 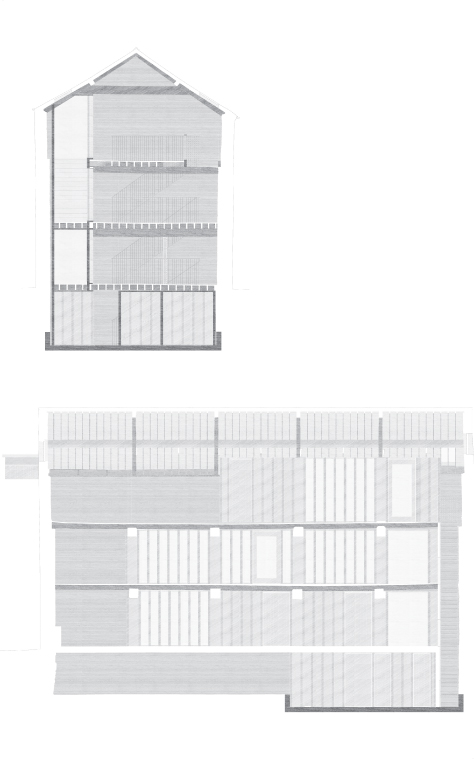 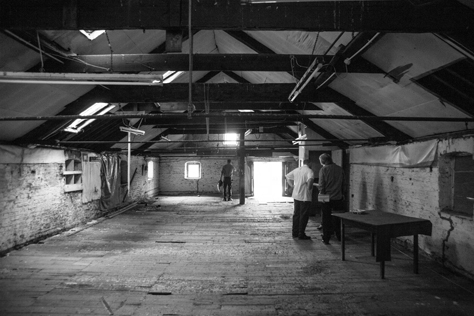 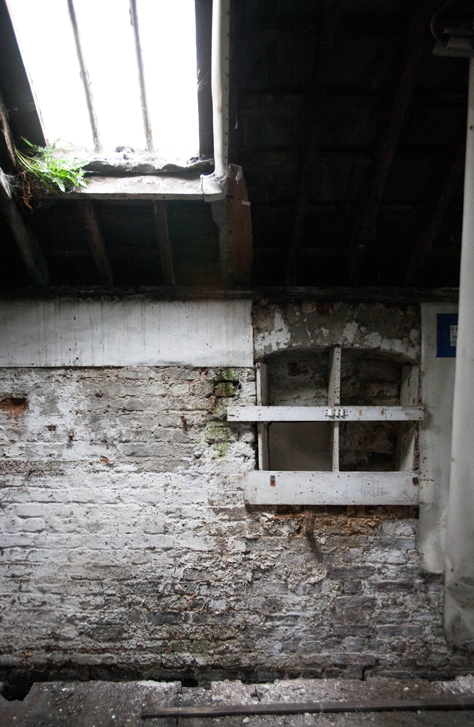 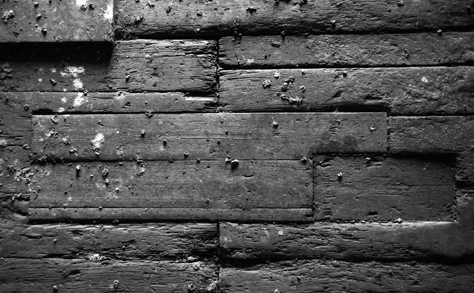 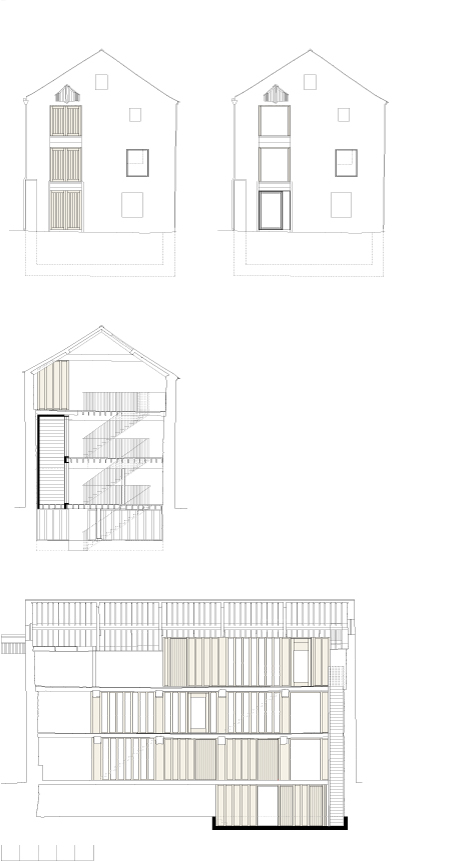 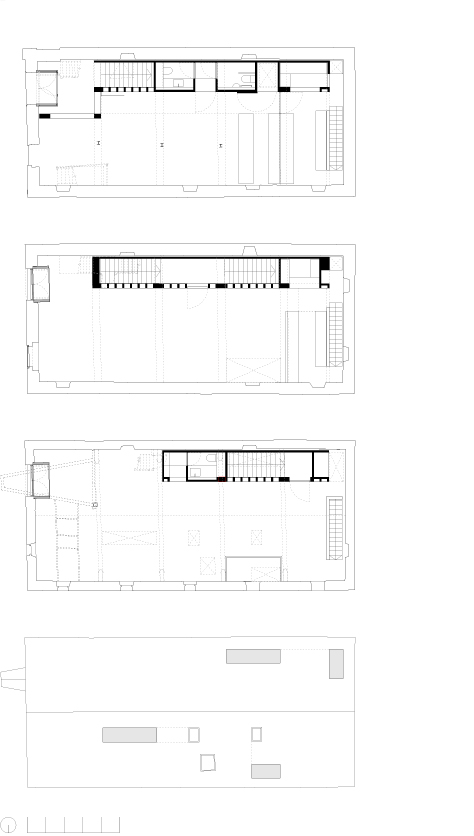 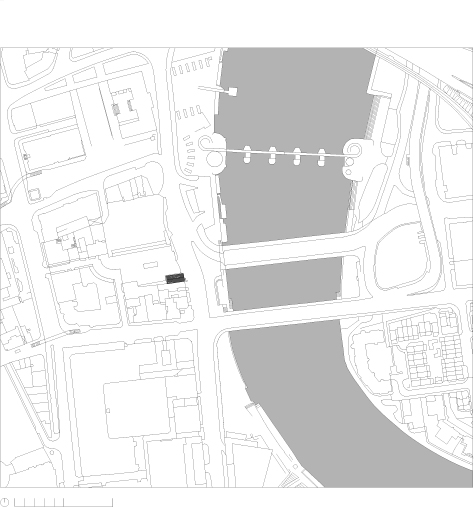