The site is in an area once known as Sailortown, close in proximity to Lanyon’s Sinclair Seamen’s Memorial Church and the Harbour Commissioner’s Office, on the northern fringe of Belfast city centre. The project comprises high quality apartments.

The intent is to create an architecture influenced by and reverential of the church, its tower, and the Harbour Commissioner’s Office, primarily by creating a scale and proportion system complimentary to the existing architecture, and producing a mannered and restrained building which is respectful of the robust historical context of Belfast Docklands, and which is sympathetic of the memory of the grain silos which once occupied this area of Belfast.

The early proposals established the height of the building in proportion to the height of the church tower, with the narrow east/west elevation in each case forming a spatial square or rectangle with the church and tower on the Corporation Street elevation. The wider north/south elevations related to vertically stacked double squares or the golden rectangle. These proportioning systems set up ‘generating lines’ which influenced and defined the massing and scale of the buildings.

The second proposal is a more refined, simple and monolithic cuboid. The recessed balconies on the south side are retained and extended to the building line, providing a uniform and organised backdrop to the church tower when viewed from the city.
Also retained are the strong plinth line, the tower, the verticality of the masonry and the elevated top storey. 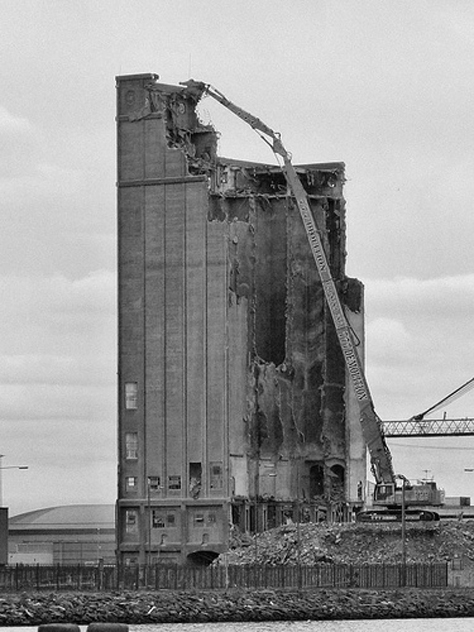 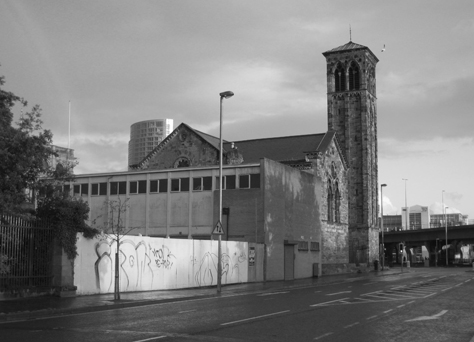 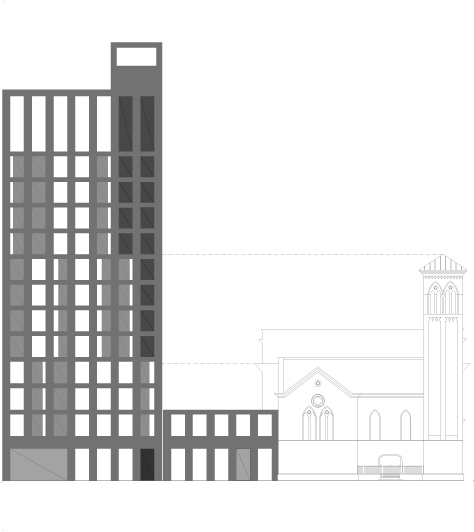 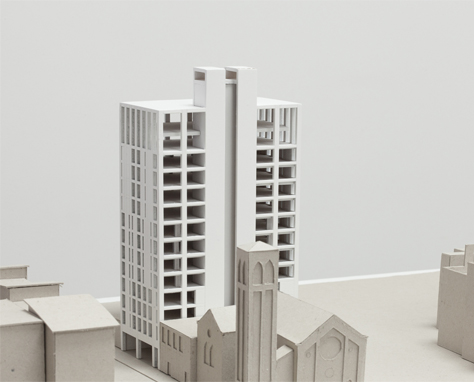 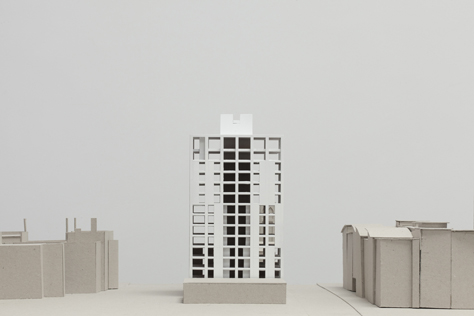 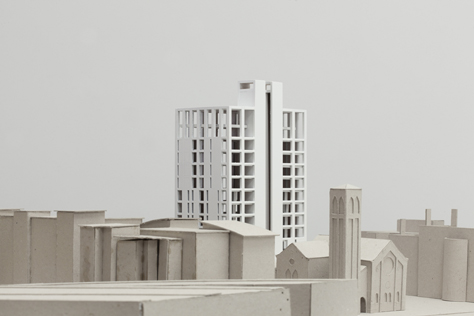