A courtyard house located in a sloping field on the periphery of Belfast within a Regional Park, close to a river and its towpath. The field is bounded by mature hedgerows and trees on two sides, and opens to the river and its flood plain on a third. A copse of deciduous trees forms a link from the lowest part of the site to the river, and offers privacy from the public path and an adjacent dwelling. There was an existing single storey house on the site which occupied the north east corner of the field. The wider landscape includes a 18th Century Park with a prominent Victorian House, and the small settlement of Drumbeg, with an unusual church with square based tower and lych-gate.

The project, a replacement dwelling, can only be located within a particular area of the plot under ownership, due to planning legislation, and is further restricted by a notional flooding level established by the local water authority and which describes a future climate change 1 in 100 year high water level.

The brief is scaled as elements relating to function, and arranged together in various ways to form the enclosed yard. Living elements are positioned to the south and west while sleeping and service elements are to the east and north.This initial arrangement of elements forms an orthogonal plan which is aligned with the nearest contour beyond the flood line, setting the orientation to the plane of the sloping field. The square plan form is scaled and then eroded to provide the private courtyard, also square in plan but functionally offset. A third offset square reflects the extent of external terraces, defined by the embedded plinth.

The profile of the house is imagined as a single masonry form sloping with the topography and inspired by a local low pitched agricultural building, an object in the landscape. A large chimney is employed to identify the function. The copse of trees is extended to create shelter from the public towpath, and to encapsulate the parking and arrival area. The house sits on the edge, between the trees and the field. 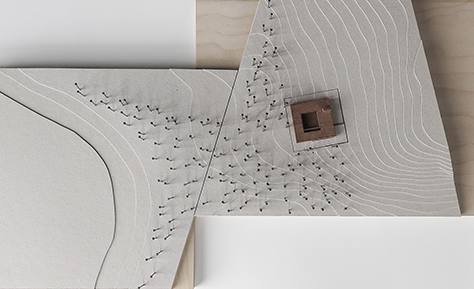 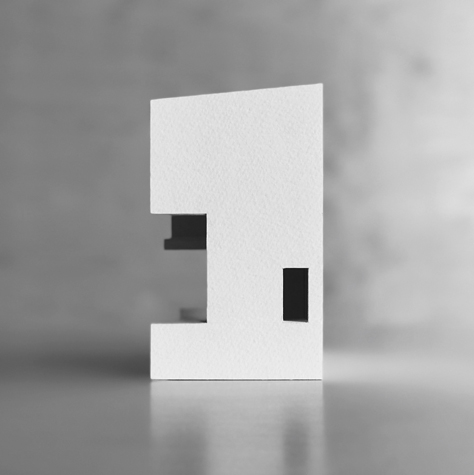 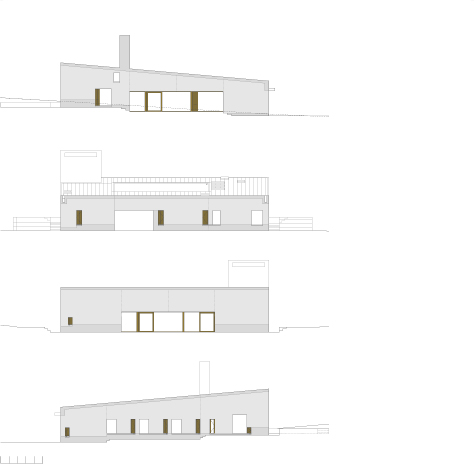 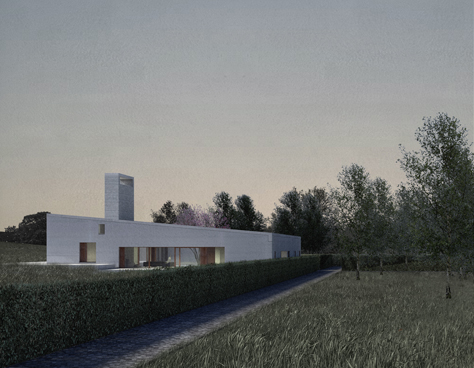 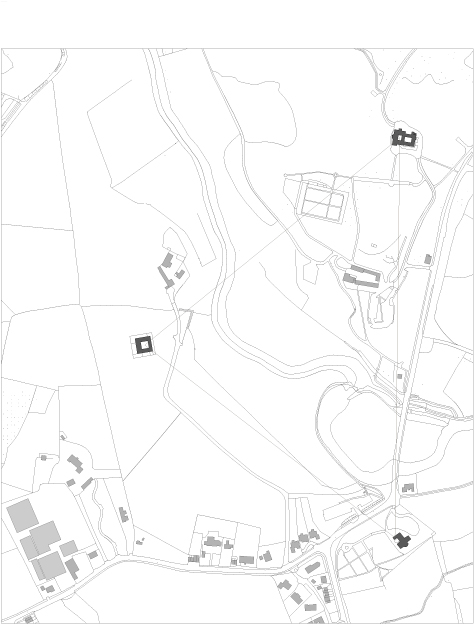 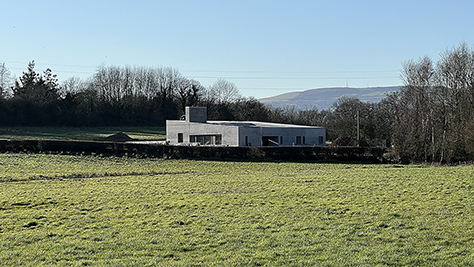