House on an Island

A project located on an island off the west shores of Strangford Lough, Northern Ireland.

The project consists of 2 linear pitched roof forms, which are joined and offset in response to light and view. The plan arrangement follows geometric principles generated from the existing retained buildings, modified by the strong axis of 'Monk's Walk', an historic tree lined path recorded on the 1846 Ordnance Survey Second Edition mapping, which once bisected the island and continued as a ford at low water to the western shores of the lough and beyond. The ford is now gone, but traces of its continued paths across and around the island remain.

The forms are simple in composition, pitched roofs and gables referencing traditional Irish rural forms and arrangements, formality removed by the varied pitches and gable widths, a nod to the casualness of vernacular structures. The roofs folds to connect at the change in geometry between the forms. The intention is that there are no projections, no overhanging roofs or projecting gutters, rather the forms are designed to be read in a pure way, as familiar shapes or objects on the island, the gabled profile a comfortable and recognisable form in the landscape.

Windows openings are generally vertical format, some joined to form wider openings, employing open corners to reflect the available views of the lough from the plot and between trees. Windows rarely align with each other vertically, but strong horizontal datums are retained, resulting is an abstract but harmonious arrangement of solid and void, avoiding discordant rhythms and alignments. The whole assembly is completed with chimney and plinth, suggesting domesticity (over husbandry) and helping to negotiate the sloping ground.

Materials are from a restrained palette, painted render walls with metal roof, farm houses and outbuildings the starting reference, all in pale tones to reflect in the surrounding inlets and bays.

The project is at planning stage. 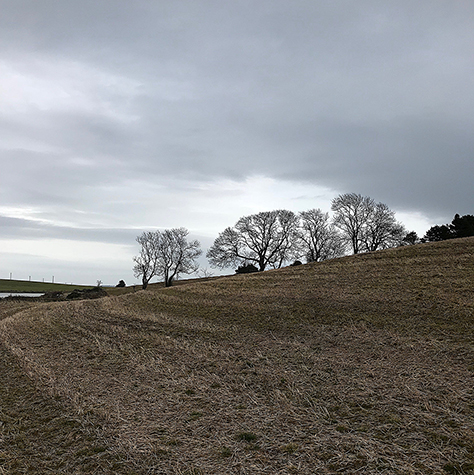 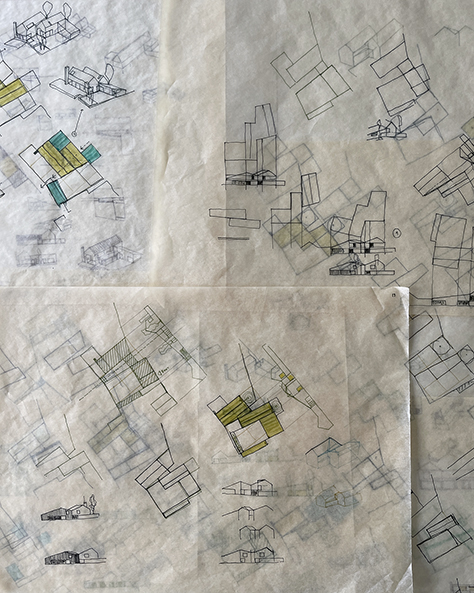 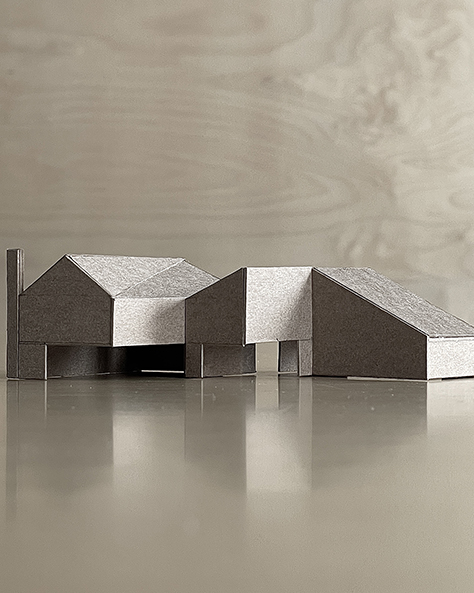 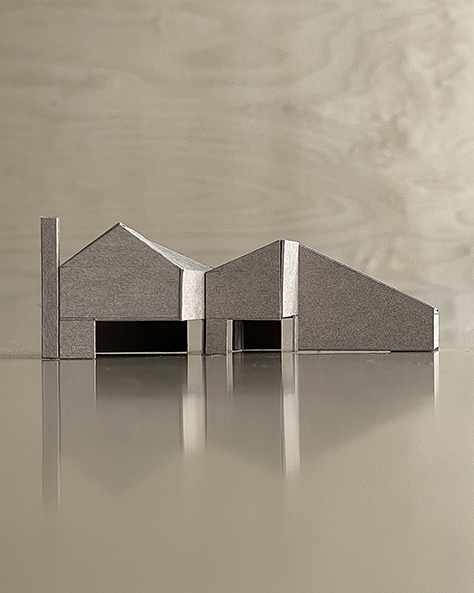 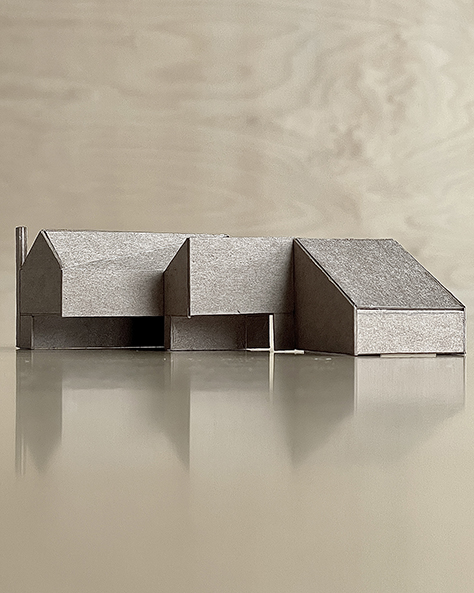 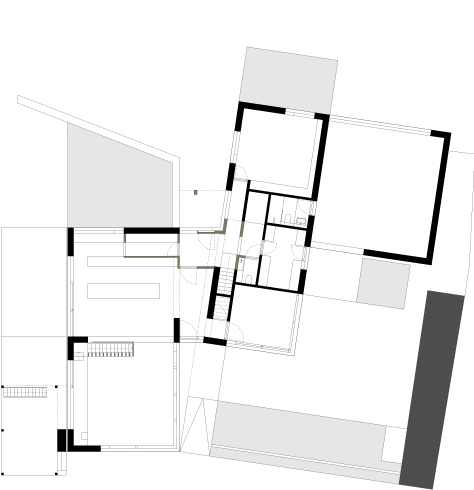 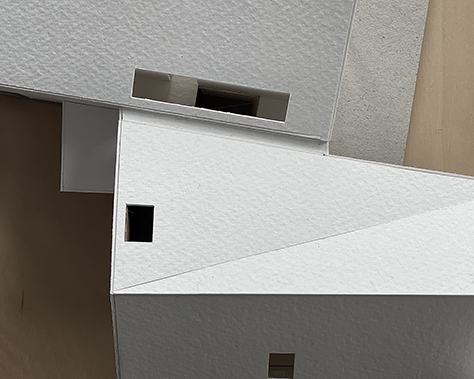 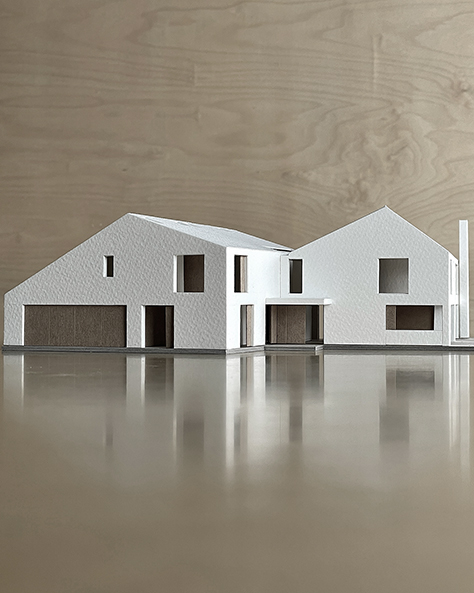 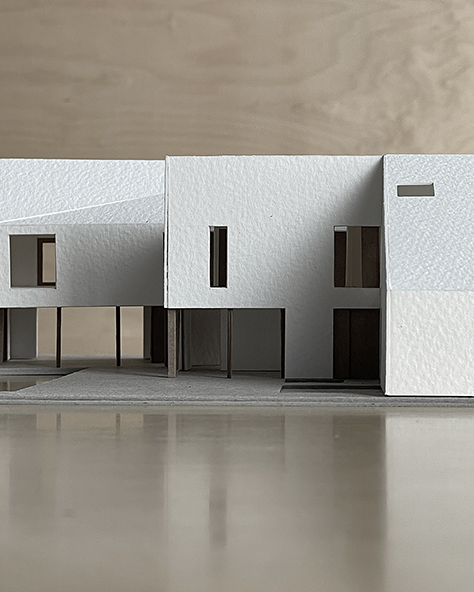 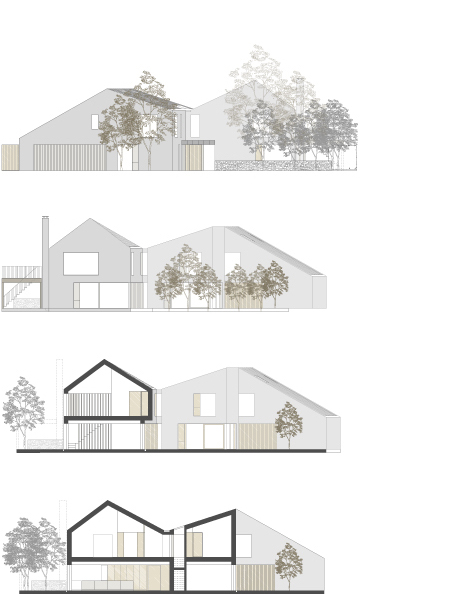 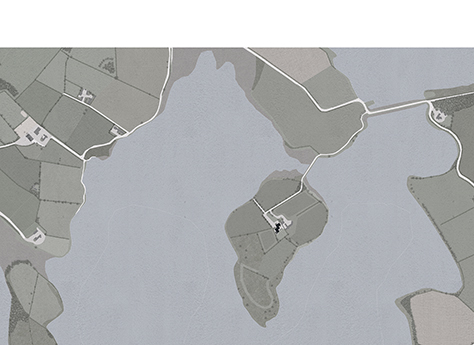