For over 150 years the Gasworks was the central power source for the rapid economic growth that put Belfast at the heart of Victorian commerce. Coal gas created on the site powered the city's street lights and the huge number of factories that were central to the city's economic success at the time. Its profits were the major source of funding for building Belfast City Hall. By the end of the Second World War 120,000 customers were being supplied with gas. By the 1960s, production had declined and the site stopped gas production in 1985.

The heavily polluted site was subsequently mostly cleared and decontaminated during the early 1990's.

This project is linear in 3 parts, commencing with the retained former Meter House to the east, and culminating in this building, a contemporary furniture shop, just stopping short of the existing site boundary brick wall to the west.

The building is referenced to the former steel storage sheds which once occupied the site. Structural expression and rhythm are now repeated by the in-situ concrete 2 storey frame, and the steel clad top storey with clerestory glazing, echoes the lost functional roof forms of the former industrial sheds.

Spatially, the plan is organised as single large rooms on each of 3 levels, with circulation and service rooms to the gable and side. The primary rooms are visually connected by elongated openings in the floors of each upper level, some of which also permit casual circulation. 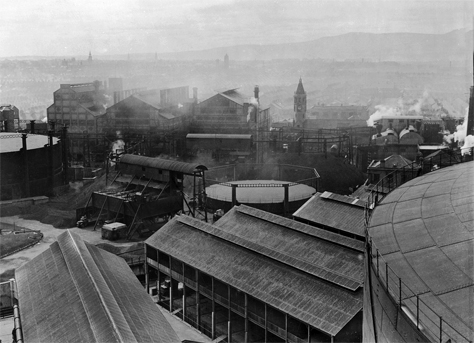 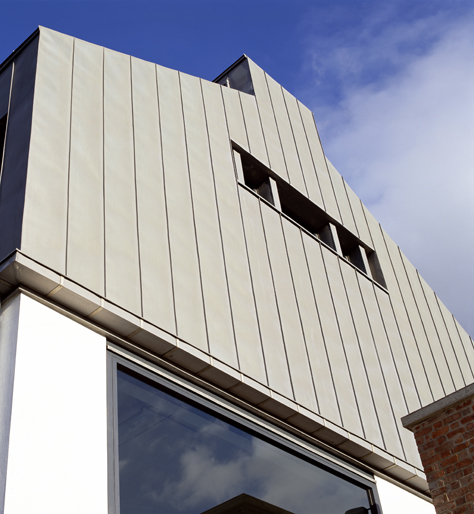 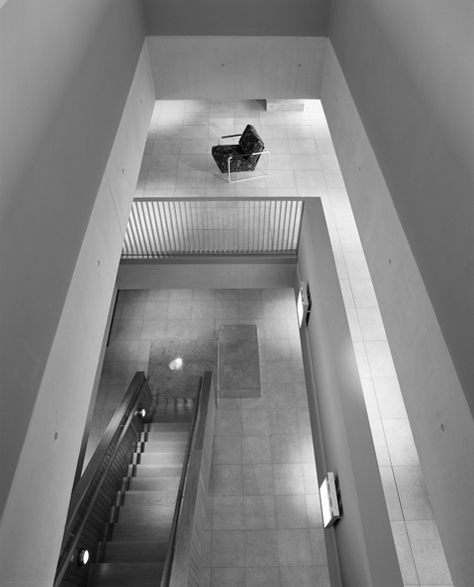 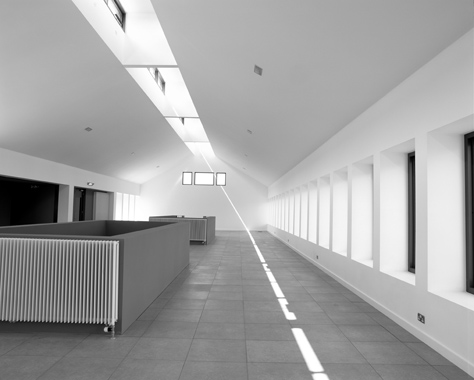 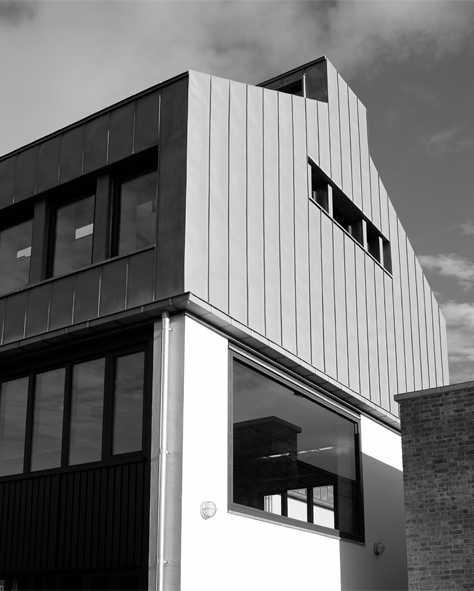