House in a Walled Garden

This listed walled garden of 1802, a 'hortus conclusus', was originally the productive garden for a large country estate, and part of an array of walled enclosures and pleasure gardens located on sloping ground to the north east of the main house. The garden was once geometrically planned in gridded paths and borders, and has a dipping pond at its lowest part. Only the 5 metre high walls and a neat Victorian bothy of the original assembly remain, the glasshouses removed and replaced with a modern dwelling in the 1990's, and the garden now overgrown and wild.

The intention is to remove the discordant later dwelling, reinstate the integrity of the historic walls, and restore the bothy. The garden will be re-cultivated and the dipping pond renewed.

Into this setting a new single storey dwelling is proposed, envisaged as an object in the garden, carefully placed away from the historic walls but informed by their geometry. A grid is used to generate spaces in plan, a reference to the historic gridded layouts evident in mid 19th century mappings, but lost over time. The house is generated with 2 low linear forms, one relating to the north-east (south-west facing) wall, and one relating to the open garden, and the forms are parallel but slightly offset from each other, providing each with a massing and proportional relationship to the spaces they address. A third adjacent form provides an outbuilding for storage.

Embedded into this grid of spaces is a series of covered and open courtyards, permitting both the internal rooms to engage with the garden, and for the garden to invade the organisation of the plan. These external spaces relate to the gardens, to internal function, and to the path of the sun and therefore time.

The overall arrangement brings a new geometry and order to the garden, the regularity of the brick piers and the low horizontality of the thick roof plane and constructed plinth, reference the rhythms and materials of the brick constructed pergolas evident in many historic walled gardens. This permanence of materiality is intended to compliment the permanence of the enclosing historic walls, creating a future history of the encapsulated garden as a domestic and productive setting. It is anticipated that the cultivation of this garden will eventually embrace the new structure, blurring the distinction between old and new, and integrating the dwelling into the natural character of its surroundings.

Planning permission has been granted, and it is hoped that construction will commence mid 2023. 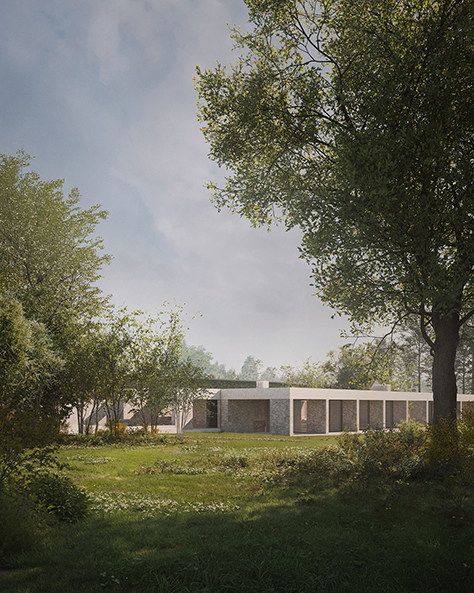 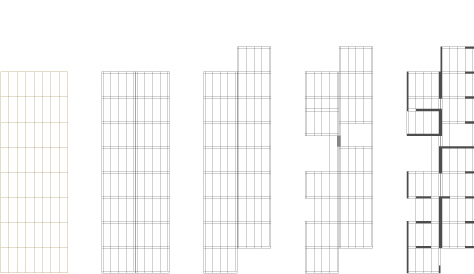 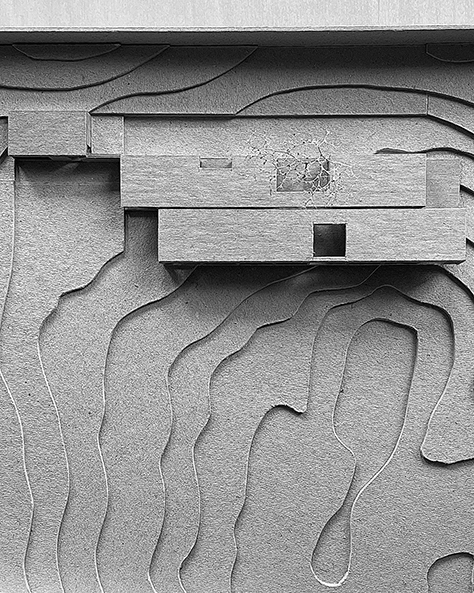 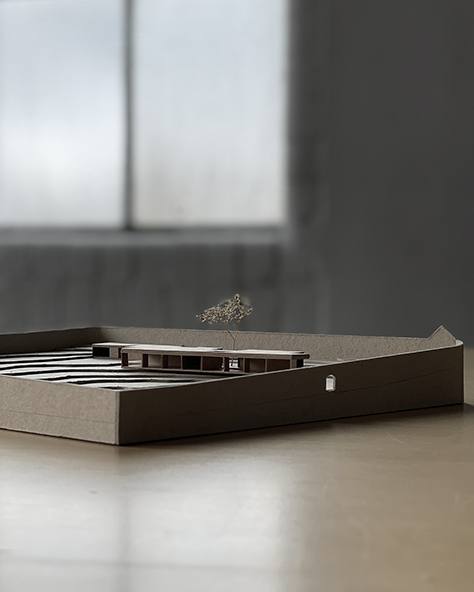 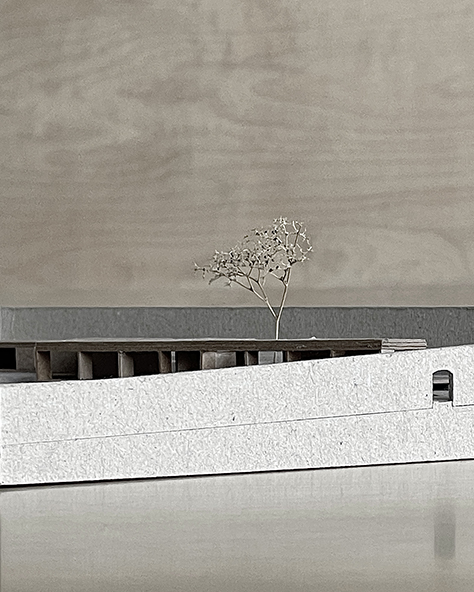 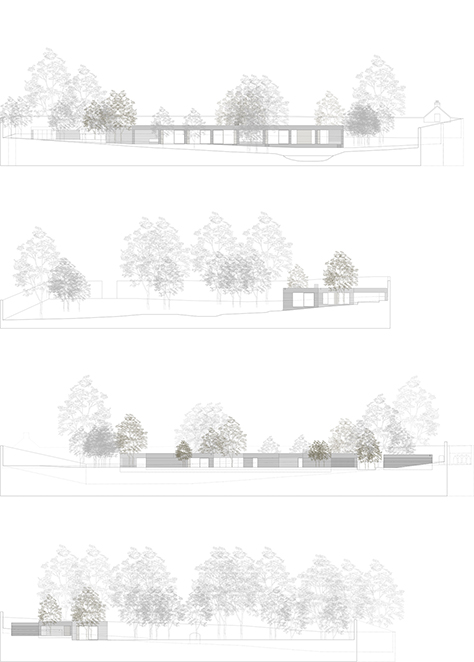 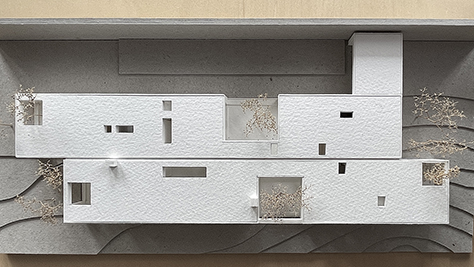 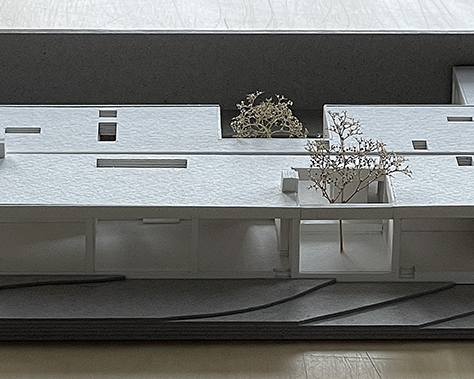 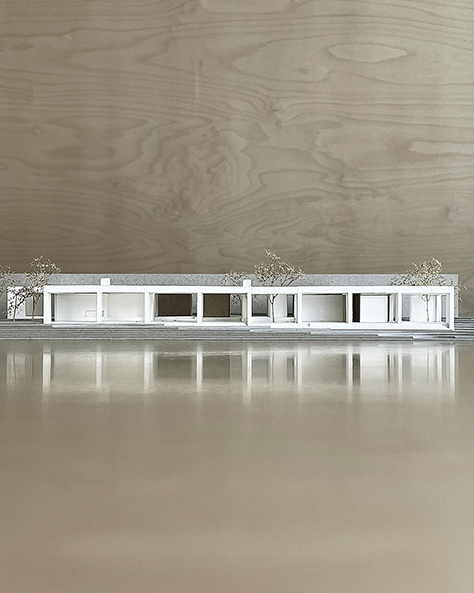 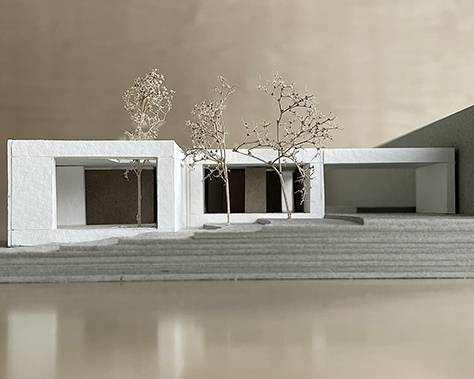 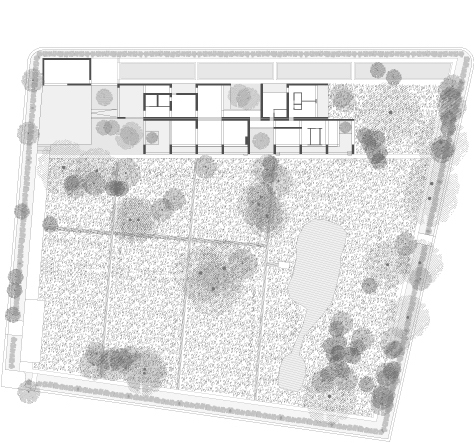