The site is situated in gently rolling farming land to the east of Magherafelt. A former pig farm, it has within its demise an unscheduled and badly deteriorated rath, or 'forth'. The topography rises from the road to the rath, then falls south west towards the town.

The proposal is conceived as contributing to the context and setting of its locale by its representation as a series of single storey long barns, informally arranged to the south west of the rath, rising and falling with the land, and with an enclosed entrance yard, in keeping with the memory of historic farmsteads and animal buildings which previously stood on the site.

The building consists of 3 forms. Each long, of simple span and single storey with vernacular profile pitched roof.
Two of these elements constitute the main part of the dwelling. The first resting on the footprint of the removed dilapidated pig barn, the second assuming its geometry, orientation and scale from an earlier dwelling house on the site evident in early mappings. Both serve as a memory and an anchor to the historic context of the area. These 2 elements are offset from each other, and connected by a linking element, economic in form, deferring to the strong and simple geometries of the barns it connects. A third element is placed away from the first two, and houses the ancillary functions. The placing of this element, along with connecting walls, creates the enclosure required for the entrance yard, secluded from the rath, the view from the road, and from the long views of the site from the surrounding landscape.

The plan is organised according to the form, and the form is refined according to the plan. Each barn is organised as a sequence of rooms, often open to the roof pitch, and with common function, living, sleeping and ancillary. Gables are thickened and orientated perpendicular to the road, ridges are parallel to the road and topography. External openings in the masonry walls are infrequent and restrained.

Materials are derived from the surrounding tradition of vernacular buildings. Walls are dark earthy grey brick, respecting the stone colours of buildings in the area. The roofs are crafted from dark zinc. Eaves details are clipped and minimal, in the tradition.

The rath is restored and planted in accordance with historic conventions. 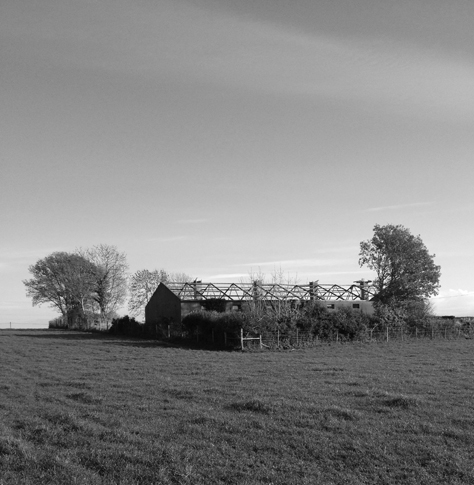 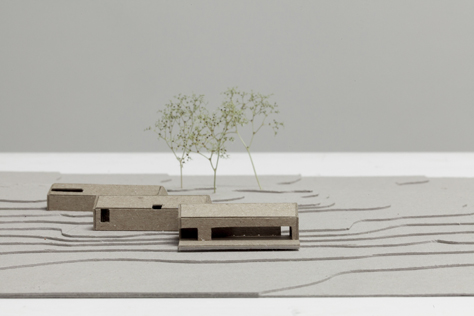 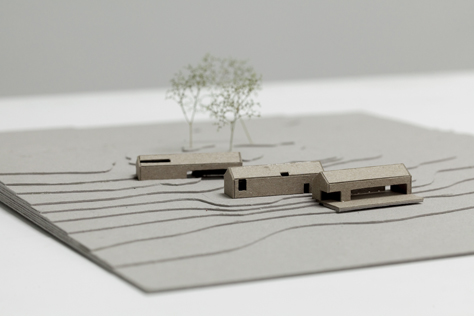 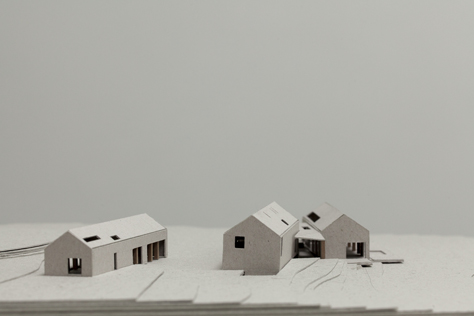 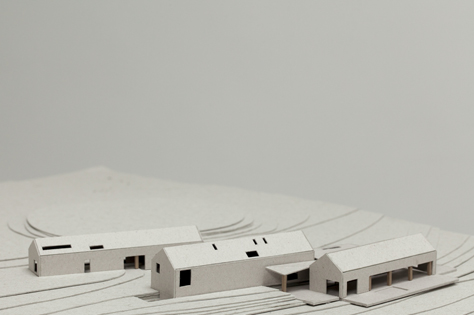 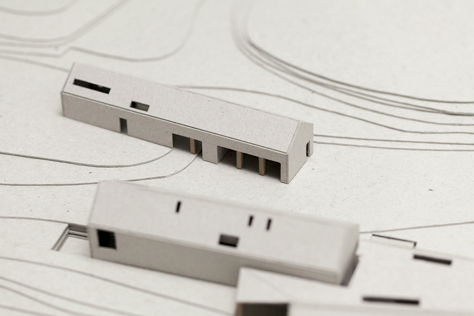 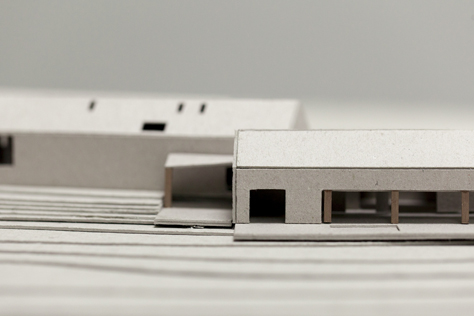 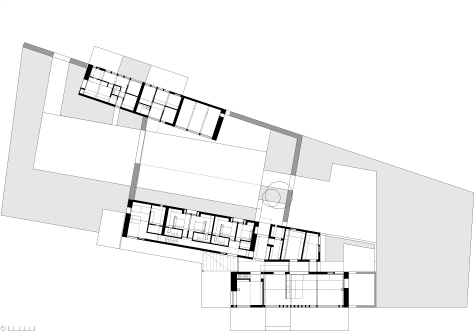 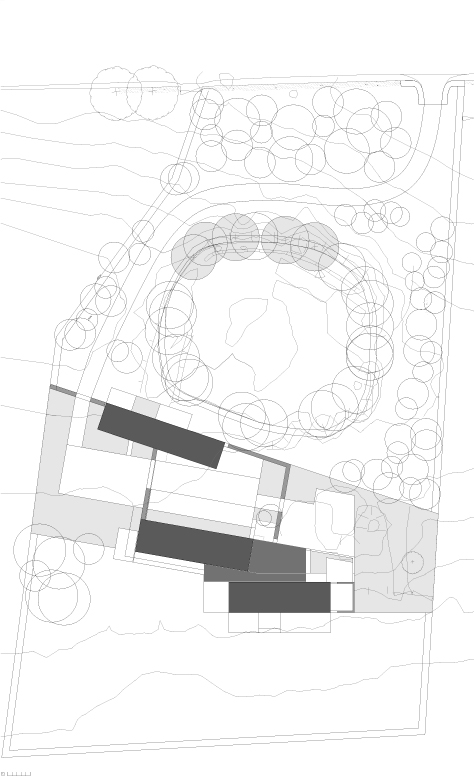