Ballyscullion Park comprises a part walled listed demesne in mid-Ulster which was never completed; a later house by Sir Charles Lanyon in the 1840's now commands the park, overlooking Lough Beg and distant mountains beyond. The foreground to the Lough is in the manner of parkland with stands of trees, and early map evidence indicates that most of the original landscape character of the 18th century austere but balanced and graceful parkland has survived in an unusually pure form. It is an almost perfect invocation of place, and an elegant expression of a classical idealised landscape where the site is interpreted with the simplest manner of augmentation, relying solely on the planting of large clumps. The location for the house is on the edge of one of these clumps, in a natural clearing of an ancient woodland of oak.

The dwelling seeks to engage with this woodland and the parkland beyond in the manner of the stables, courtyards and walled gardens associated with the Lanyon house. The plan comprises two rectilinear and linear blocks, placed to create enclosure. The main block is both two and single storey, and contains all of the living spaces on the ground floor, with sleeping spaces on the floor above. Rooms throughout are arranged sequentially. A low block appended to the north elevation of the main block provides support spaces and rooms. The secondary block is behind and parallel to the main block, and contains garages and stores to support the dwelling. The blocks are linked by a solid wall, defining public and private outdoor spaces.

The forms are restrained and simple in detail, with austere openings to the woodland, gradually opening up to the landscape. From the open parkland, hand made bricks in hues of grey along with an grey zinc roof help the dwelling harmonise with the dark ancient trees beyond. 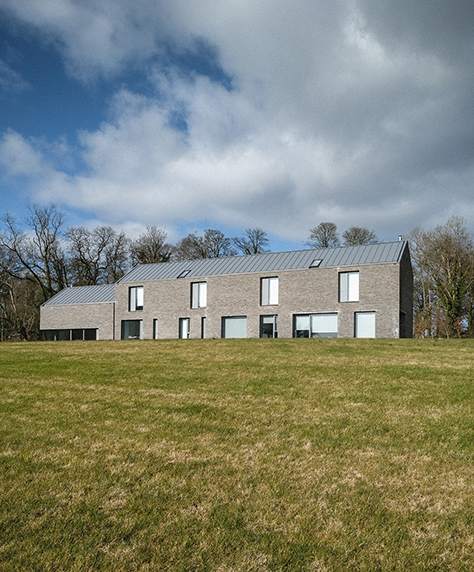 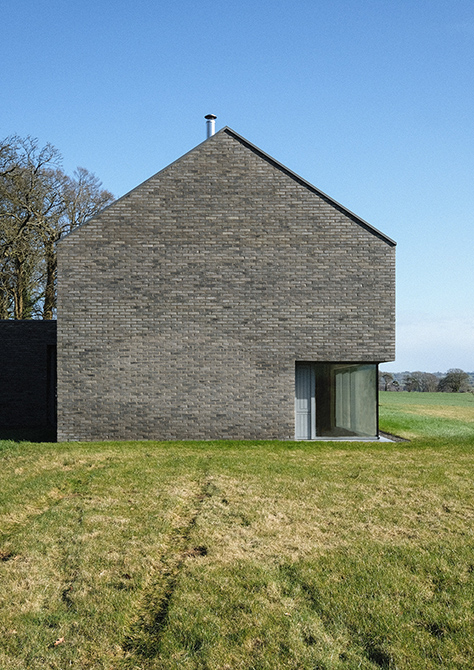 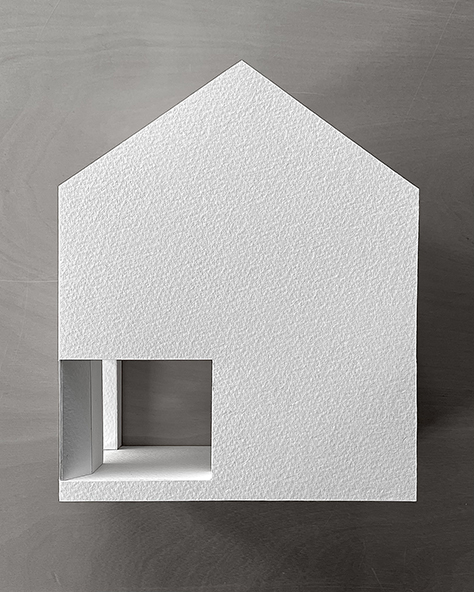 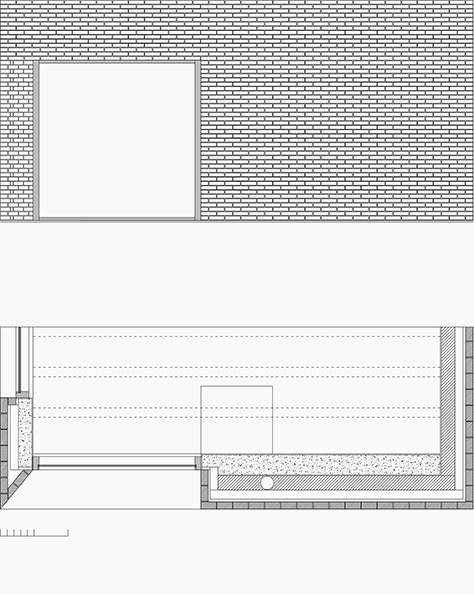 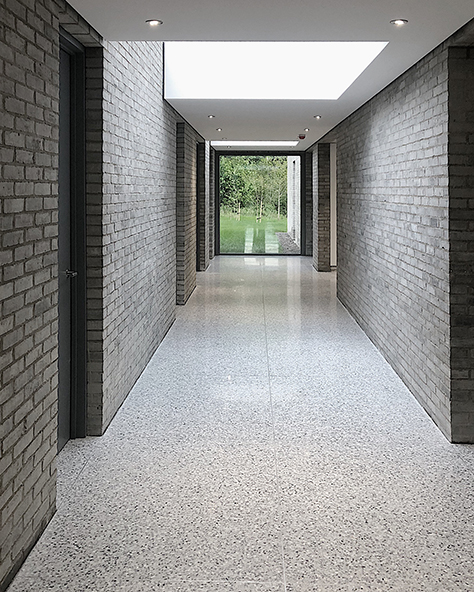 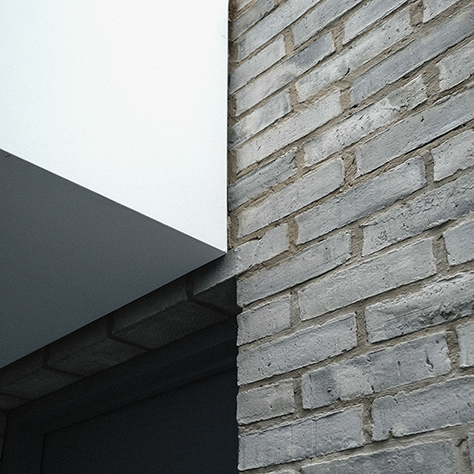 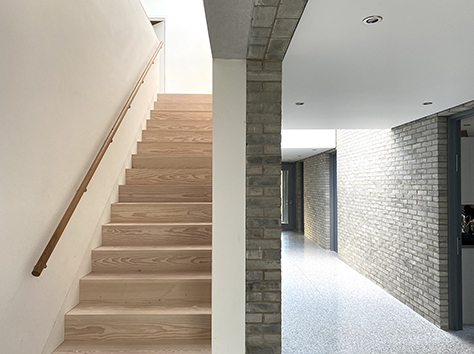 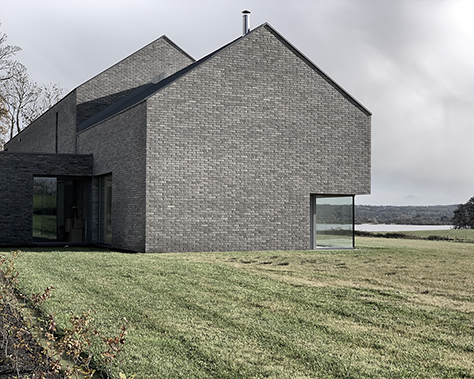 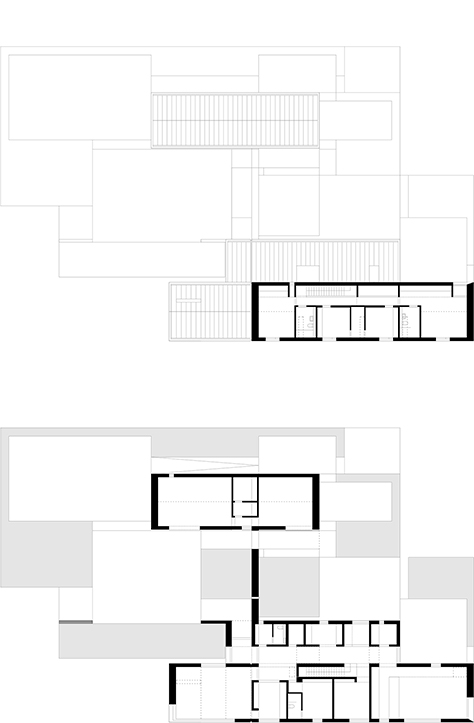 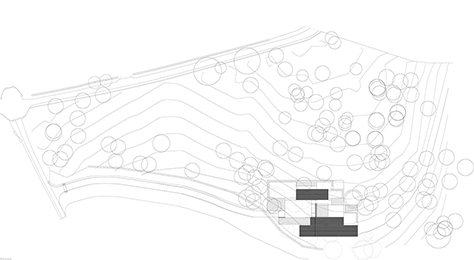 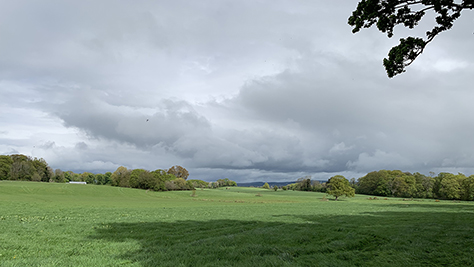