Tollymore Park is one of the foremost eighteenth-century landscaped demesnes in the British Isles, developed from an original deer park and hunting estate created by Lord Limerick following his return from the Grand Tour in the early 1720's.

The Shimna river rises on the slopes of Ott Mountain, and travels through Tollymore on the way to the Irish Sea. A short, fast flowing 'spate' river, it's river bed is composed of pebbles and scattered boulders. The bedrock of the river as it flows through Tollymore is shale, and the river bed contains stones and gravel from as far away as Antrim, Tyrone and Scotland, which were carried there by glacial ice sheets during the last ice age.

The site is on the north bank of the Shimna as it leaves Tollymore, and is a steep continuum of the river bank. There are fine views south of the Mourne Mountains.

The house is organised as a collection of large stones or boulders, embedded on the slopes of the bank and each lightly touching another. The spaces between the stones relate to the function and orientation of the spaces within, and these external spaces are linked where the forms touch, through open corners and steps, reflecting the composition of the river boulders below, and allowing external circulation to flow between the courtyards.

The transition from road to garden, and on to the river, is handled by a stepped plinth, which allows for easy movement down through the site, between the stones. From this stepped base, each of the distinct elements is constructed as a single volume, retaining a level datum at roof level, and with floors responding to the levels of the plinth.

The elements are made as robust blocks with openings in wall and roof, retaining a simple approach to form and massing. Openings are generally to the south and west, maintaining a discreet presence to the road, and embracing the river and views on the garden side.

Materials are derived from traditional references. The plinth is made from concrete, and each of the building elements is crafted using rustic masonry (brick) with a fine cement slurry in subdued natural tones applied to unify the surface and to make the building feel stone-like in quality, a reference to traditional stone and limewash / harling wall building techniques used in traditional construction throughout rural Ulster. The walls are capped with a concrete eaves which contain canted anthracite zinc roofs with flush glazed openings. Openings in the walls are articulated by naturally treated timber screens, simply proportioned and restrained to emphasise the openings as singular events. Internally, rooms are made from natural timbers, and floors are masonry as a continuation of the external plinth. 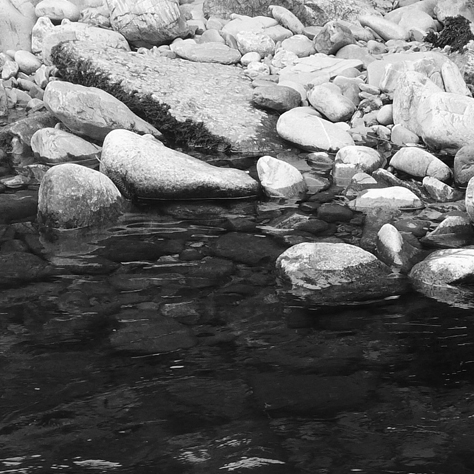 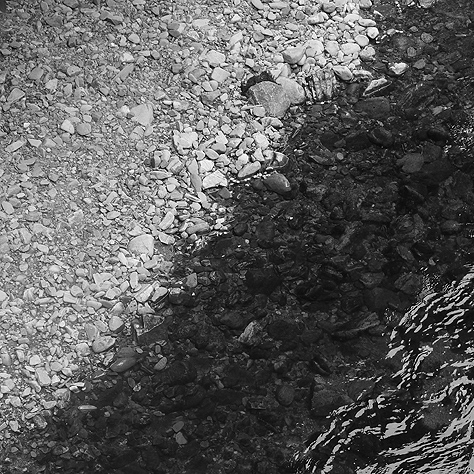 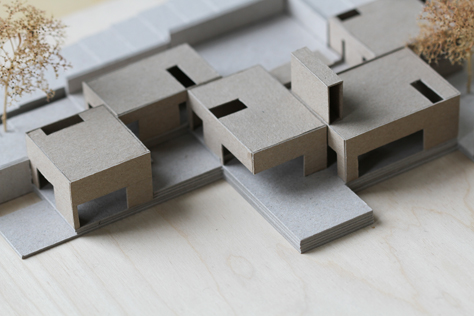 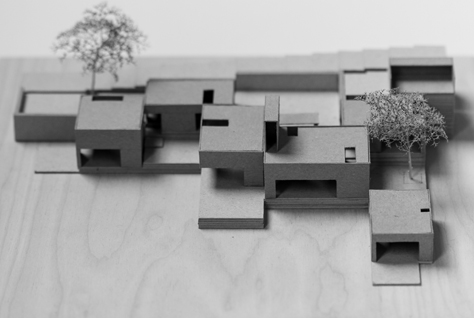 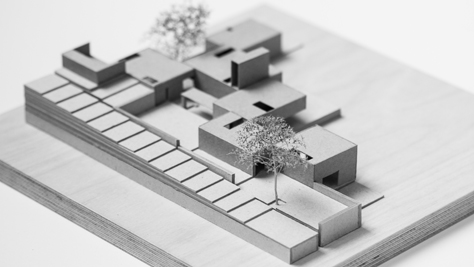 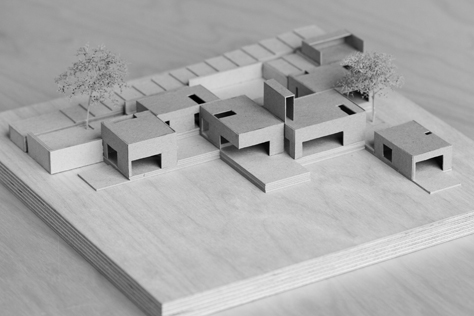 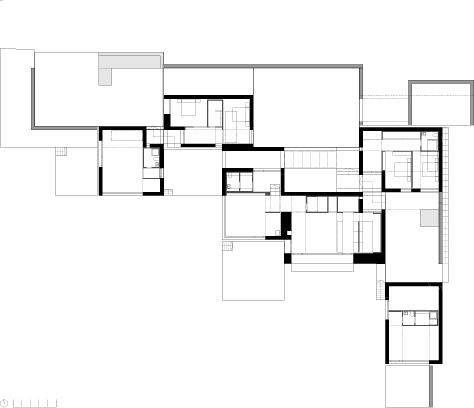 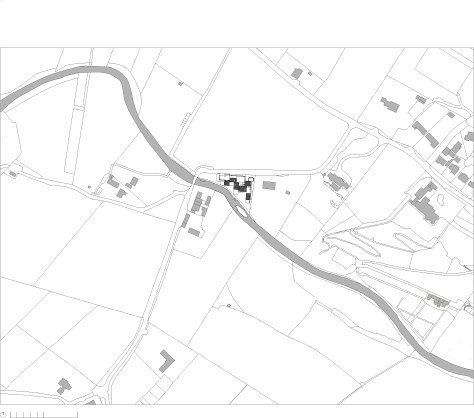